Lucca is a promising young field mechanic who quickly rose through the ranks of the Genesis Industries on Talich. As part of the expeditionary force to the Untamed World, Lucca fought against the Sleepers and was chosen to Ascend by Lilariah.

As of Rebellion, Lucca has clearly broken with the Overseers, removing her wings (as seen on the card Defiance) and becoming Lucca, Rebellion Leader 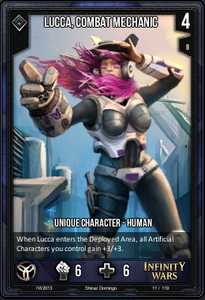 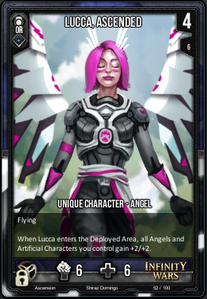 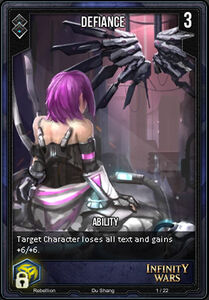 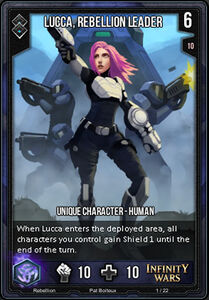 Lucca, Rebellion Leader (Rebellion)
Add a photo to this gallery
Retrieved from "https://infinity-wars.fandom.com/wiki/Lore:_Lucca?oldid=17171"
Community content is available under CC-BY-SA unless otherwise noted.