Rita is a powerful sorceress of the Cult of Verore who commands vast numbers of thralls. Formerly one of Aleta's top advisers, Rita engaged in a bitter struggle for power with Candit following Aleta's capture by Vasir.

As of Rebellion, Rita has slain Candit and apparently seized control of the Cult for herself. 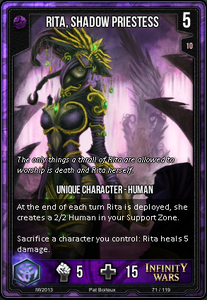 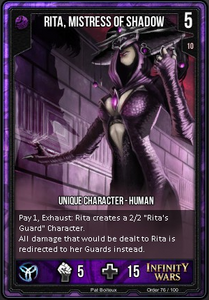 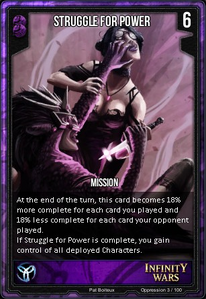 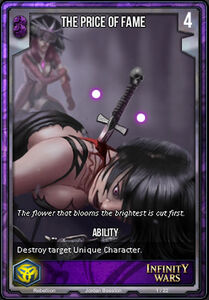 The Price of Fame (Rebellion)
Add a photo to this gallery
Retrieved from "https://infinity-wars.fandom.com/wiki/Lore:_Rita?oldid=17173"
Community content is available under CC-BY-SA unless otherwise noted.