Before the Prophet Karani opened the portal to Solace, allowing the Overseers to intervene, there were three angels already inhabiting the worlds of Infinity Wars: Radariah, Jubalia, and Cheryl, the Forward Scout.

Cheryl's appearance shortly before the arrival of the other Overseers heralded their imminent involvement. Her position as a forward scout implies her role in exploring areas before the main force of the Overseers arrives; her subsequent role as Agent Cheryl, Last to Leave, indicates that once the Overseers have passed through she will continue to monitor the situation and ensure that the angels were thorough in their mission.

Jubalia's role is unclear, but since the arrival of the rest of the Overseers she has clearly joined up with the main force and will continue to work closely with them.

Radariah is the most enigmatic of the precursor angels. Her equipment is unlike other angels' and she has not explicitly joined up with the rest of the Overseers. Her role in the lore remains unknown. 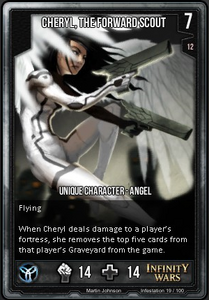 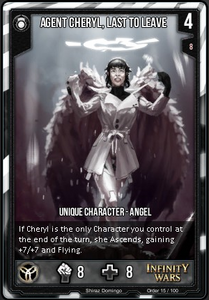 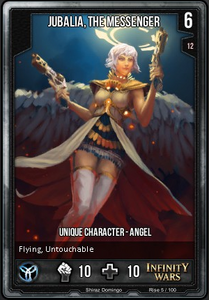 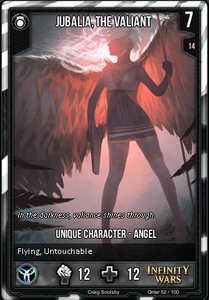 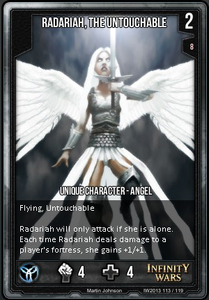 Radariah, The Untouchable (IW2013)
Add a photo to this gallery
Retrieved from "https://infinity-wars.fandom.com/wiki/Lore:_The_Precurser_Angels?oldid=16485"
Community content is available under CC-BY-SA unless otherwise noted.