The Descendants of the Dragon are lead not by dictators or demons, but by the sages. The oldest and wisest is the immortal dragon sage Ao Shun. The three most important human sages are Daode, Sage of Strength, Yuanshi, Sage of Ferocity, and Lingbao, Sage of Discipline. These powerful sages guide the Descendants in their constant fight to protect their people and their land from corruption.

The three mortal sages each possess an immortal avatar, able to dominate the field of battle and inflict immense damage upon the foe. It is yet to be seen whether Ao Shun has an avatar or just uses his own significant power as a dragon when he stirs himself to fight. 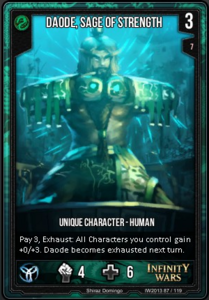 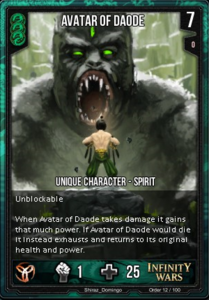 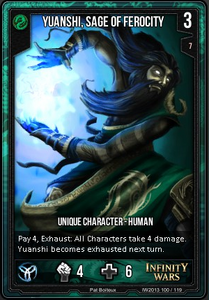 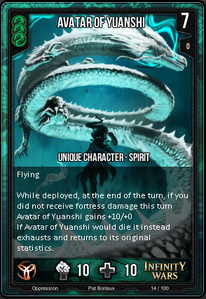 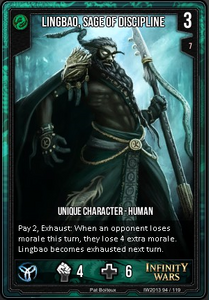 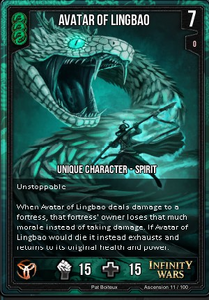 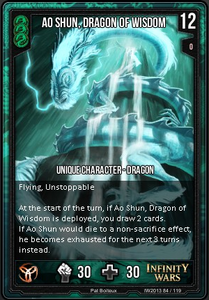 Ao Shun, Dragon of Wisdom (IW2013)
Add a photo to this gallery
Retrieved from "https://infinity-wars.fandom.com/wiki/Lore:_The_Sages?oldid=15739"
Community content is available under CC-BY-SA unless otherwise noted.